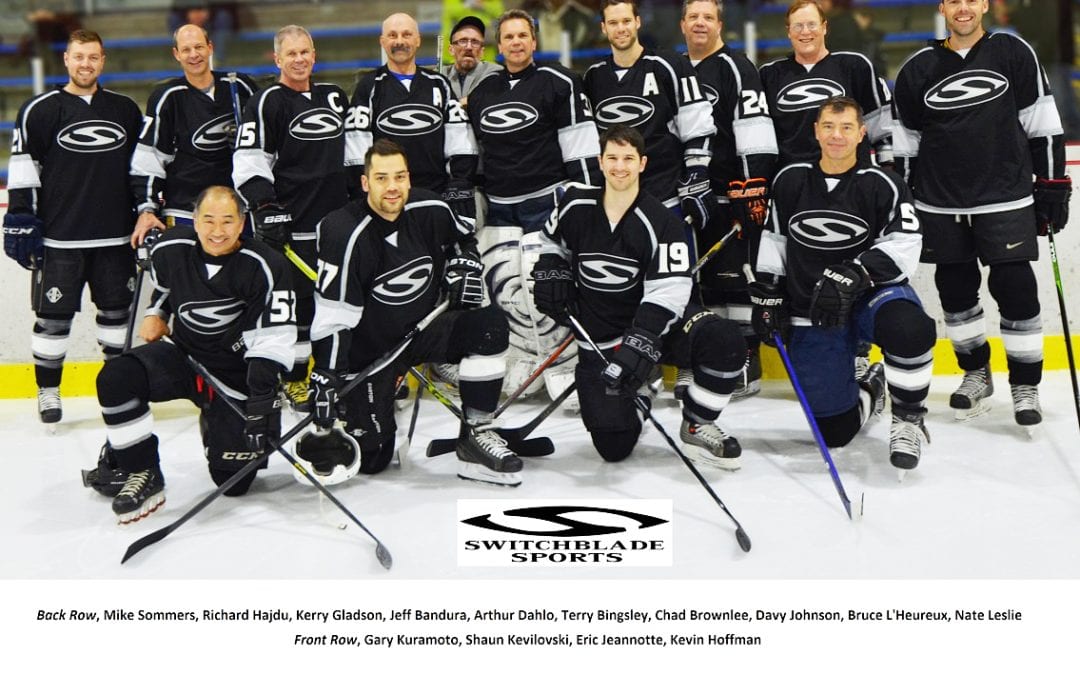 The Grumpy Old Men Hockey Club is putting on a charity exhibition game in Parksville called Help Kids Play on March. 28, with proceeds going to the SOS Recreation Assistance Program. The funds raised will assists with hockey and skating registration costs for local children.

The game takes place at 3:30 pm on March 28, 2015 at Oceaside Arena and will feature team Switchblade Sports versus the Vancouver Island All-stars team. Players include

Entry is by donation at the door and there will be raffle prizes and 50-50 tickets available. Some of the goods people can get their hands on include a Chad Brownlee/Dallas Smith autographed guitar, a signed Carey Price jersey, a Vancouver Canucks signed jersey, and much more.

The young Timbit hockey players will be showing off their skills during intermissions.

The Grumpy Old Men will also play their Spring Hockey tournament during the March 27-March 29 weekend at Oceanside Arena, featuring all five divisions of players.