Highlights from the SOS AGM 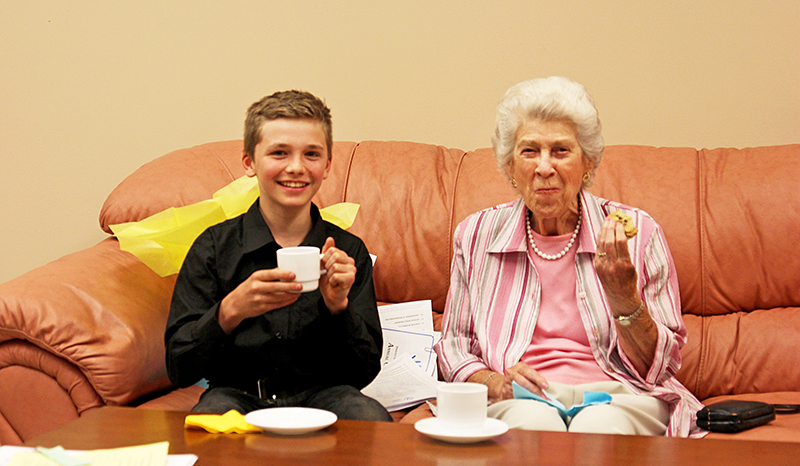 New faces on SOS Board

The SOS has four new board members following its Annual General Meeting June 22. SOS has been providing vital community programs and services to residents of District 69 for 48 years, and board members work to set direction for the organization, based on the evolving needs of the community.

New board member Martin Fereday moved to Parksville in 2011 with his wife and has been volunteering with SOS, the City of Parksville and with the Parksville Lawn Bowling Club. He and his wife have two sons and six grandchildren. Martin enjoyed a career in municipal engineering and land development prior to retiring in 2010. Pamela May-Straka will also be serving on the board. She has a professional background in science, and enjoyed a career as an exploration geologist. Since moving to Nanoose Bay in 2006 with her husband Joe, the couple has made community service part of their lifestyle. Pam is an avid sailor, occasional potter and she’s passionate about learning. She enjoys helping people and organizations achieve their goals.

New board member Dr. Jennifer Mullett is a Community Psychologist, Director of the Centre for Healthy Communities Research and Adjunct Professor at both UVic and VIU.  She has worked abroad and in BC with inter-disciplinary teams on interventions aimed at creating healthy communities and building capacity for social change. She and her husband moved to Oceanside in 2008 and have 2 daughters and 4 grandchildren.

Originally a farm boy from Saskatchewan, Gordon Ball went on to have a 36-year career as a busy Calgary lawyer. The new board member moved to Qualicum Beach with his wife Shari in 2008, and now has a part time practice.  He keeps busy speaking about legal matters to local businesses and organizations, writing a monthly newsletter, volunteering, playing hockey and golf, and hiking.

Garry Cox remains SOS president, Janet Smukowich will stay on as the SOS First Vice President, and Wendy Hill was elected as Second Vice President. Barbara Price will remain as the Secretary-Treasurer and Elaine McKinlay and Don Dempson remain as directors.