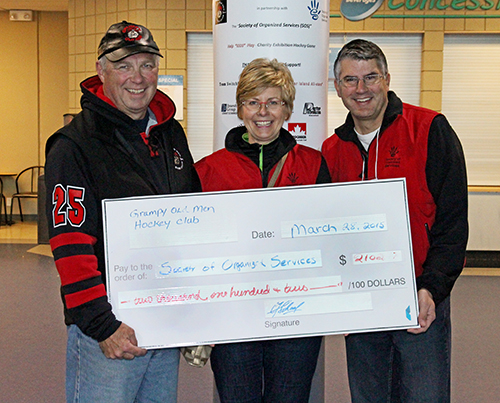 More than $2,100 was raised at this year’s Grumpy Old Men Charity Exhibition Hockey game, with the proceeds going to the SOS Recreation Assistance Program. The money will give local children in low income families the chance to register in hockey and skating.